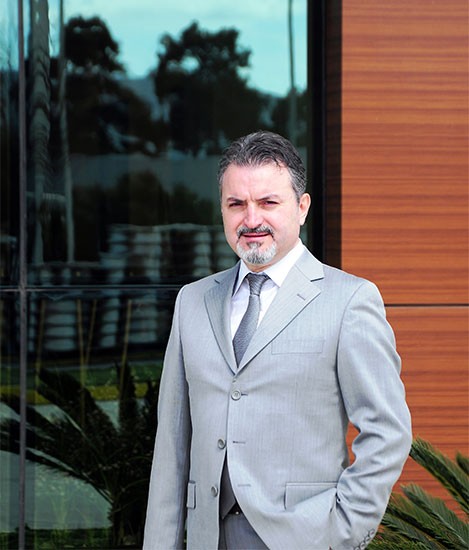 Born in 1972 in Düzce, Levent Arı graduated from Hacettepe University Zonguldak Faculty of Engineering, Department of Mechanical Engineering. He has been holding a Class A Occupational Safety Certificate since 2014.

He started his career as a shift supervisor and worked for Bay-er Plastic Tube Packing and Filling Factory between 1996 and 1997 Between 1998 and 2008, he worked in Standard Profile Düzce factories, respectively as Machine Maintenance Production Supervisor, Maintenance Manager and as Machine Maintenance and was promoted to be Production Assistant Manager in 2004 He took on the assignment as HSE and Environmental Director for Standard Profile Düzce - Bursa/Turkey and Bulgaria between 2009 and 2010 Between 2011 and 2017, he was the leader of the installation project of Manisa /Turkey factory of Standard Profile Aegean Factories and worked as the Factory Manager, Director of Maintenance, HSE and Environmental Investment of Standard Profile Aegean Factories during the installation process.

He joined the CMS Group in 2017 With a new organization, he has been working as Senior Manager for HSE and Environment Investment at the CMS factories.